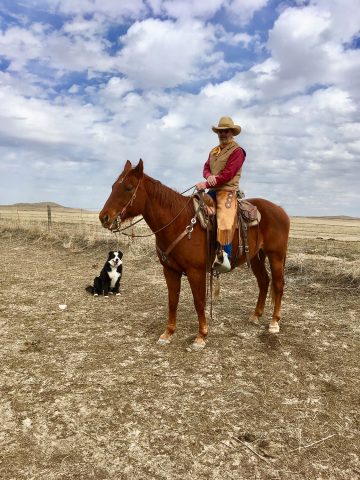 Gene Broeder spent most of his growing up years in western Montana learning to love and enjoy the outdoors. Hunting, fishing, campfires and hiking were all a part of his life.

His parents were involved in agriculture and Gene enjoyed spending time with his father helping with the care of sheep and cattle.

Gene grew up in a Christian home and around the age of ten he was challenged with his need of a Savior. He accepted Christ at that time. He says it was pretty much fire insurance to escape hell. By the time he was in his early twenties salvation had come to mean not only Heaven, but also a guiding principle to live by.

He attended Frontier School of the Bible for two and a half years. There he met and married a girl who had become his best friend, Judy. They have been married forty-three years and raised three children. They have five grandchildren that they desire to impact for the kingdom.

Gene and Judy have been ranching for over forty years and learning to see God’s hand in every aspect.

They have both taught various Sunday school classes, leading life groups and Bible studies among other areas of church involvement. Gene has been an elder at Mitchell Berean Church for over twenty years and is on the boards of KCMI Christian Radio and Victory Heights Bible Camp.

“Spending time outdoors enjoying God’s creation serves to point us to our Creator and the Creator of it all.”